Formerly the St. Louis Amateur Athletic Association, the newly-renovated Highlands Golf & Tennis Center has played an important role in the development of golf and tennis in the metropolitan area.

In October 1897, 50 leading citizens led by Alfred Jones formed a club with the goal of providing low-cost athletic facilities to the community. Little did Jones know that his dream would still be going strong after five major wars, the Great Depression, years of legal wrangling concerning park occupancy, and a fire which destroyed the clubhouse.

The first clubhouse was located inside the one-mile track of the Gentlemen’s Driving Club in Forest Park near Skinker Boulevard and Forsyth on what is now The Dwight D. Eisenhower Golf Course.

In 1902, Triple A was given 70 acres of land at its current location because the 1904 World’s Fair needed to use the land. This special spot in Forest Park was once known as Tierny Hill. Tennis courts, a baseball diamond with stands, a track, a golf course, handball courts and volleyball courts were subsequently built at this new location. A lacrosse team was then created which took home the Silver Medal at the 1904 Olympics.

The golf and tennis facilities at Triple A Club have flourished over the years, producing many great amateur and professional players including tennis legend Jimmy Connors, who began his career on the courts at Triple A - and golfer Judy Rankin, who began playing at Triple A as a child.

St. Louis and Dwight Davis had a vision of creating a world tennis competition between countries which still continues today as the world renowned Davis Cup. Triple A had the honor of hosting Davis Cup matches in 1927, 1946 and 1961. In addition to this prominent event, numerous clinics, exhibitions, sectionals, and district competitions have been held over the years at Triple A Club.

In 2005, American Golf was hired to manage the facility and golf course at Triple A. In 2008, American Golf sold both Forest Park and Triple A Golf Courses to golf management firm Eagle Golf. Eagle Golf worked with the City of St. Louis to revitalize the Triple A Club, undertaking a multi-million dollar renovation encompassing clubhouse infrastructure and aesthetic updates; the complete re-design of the 9-hole golf course; resurfacing of the property's 13 clay tennis courts and the addition of lights; the addition of a 30-bay driving range; a brand new full-service bar and restaurant; and beautiful new private event space. 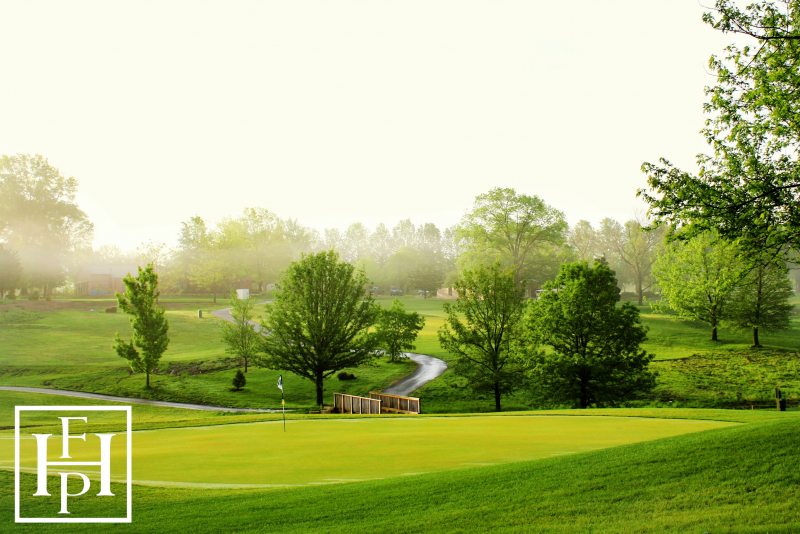 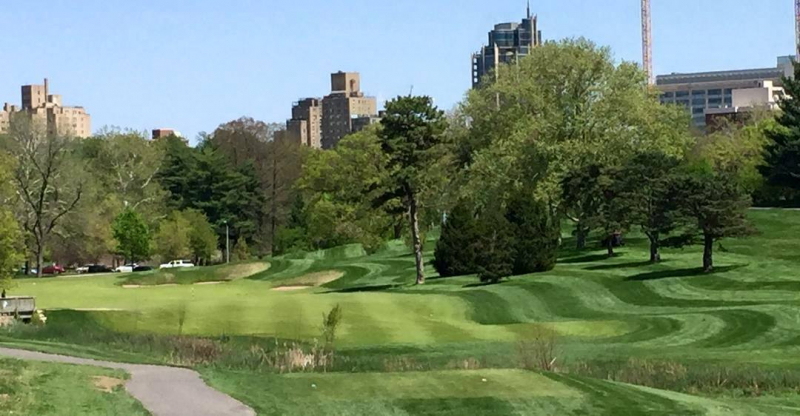 The Highlands Golf & Tennis Center re-opened to the public in 2010 and continues the city's long-standing tradition for supporting amateur athletics in the City of St. Louis under the management of leading golf operations firm Arcis Golf.

Choose your time and pay for your round now and enjoy a seamless, low interaction experience at the course.

With the health and safety of our guests and staff as our primary concern we are only accepting tee time bookings that are pre-paid prior to arrival. Please use our online, secure system to book and pay for your round. We look forward to seeing you at The Highlands.